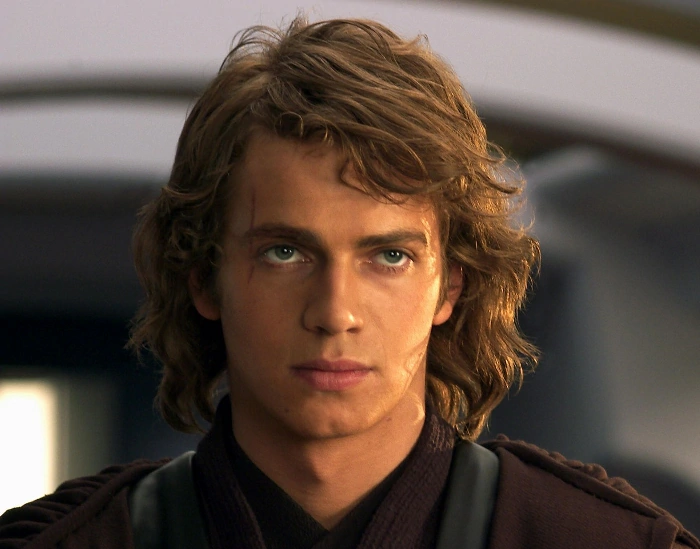 Anakin Skywalker is possibly the most important character in Star Wars. But who, exactly was he? Most people know by now that Anakin Skywalker would grow to become the Dark Lord of the Sith, Darth Vader. Many people, however, do not know or understand Anakin’s life, and how he went from an innocent slave boy to a murderous maniac. Today’s analysis will be exploring the first part of the story; Anakin from before to the day he was crowned his iconic black helmet.

Anakin was born on Tatooine, a planet in the Outer Rim Territories. In short, this meant that he was born in the middle of nowhere, far from the centre of civilization that was Coruscant. He was born to a slave woman, Shmi Skywalker, without a father. It is important to note that this is not indicating that Anakin’s father abandoned him, or was never present; he literally did not have a father. Anakin was conceived out of The Force. If this sounds like the birth of Jesus, that’s because it basically was. As his mother was a slave, Anakin himself was born into slavery and servitude. Anakin and his mother were owned by Gardulla the Hutt, a member of the same Hutt clan as the infamous Jabba the Hutt. While still young, however, Anakin and his mother’s ownership was transferred to a junk dealer named Watto. It was while under Watto that Anakin, using his exceptional intellect, would restore a protocol droid named C-3PO and begin building and racing his own podracer.

One day, Anakin was working when a group of people entered Watto’s shop. Anakin began conversing with the group, made up of a young Padmé Amidala, Monarch of Naboo, Qui-Gon Jinn, a Jedi Master, Obi-Wan Kenobi, his apprentice, Jar Jar Binks, a Naboo local, and R2-D2, an Astromech droid. Eventually, the topic of the group’s broken starship came up, and Anakin volunteered to enter a podrace to win the money needed to repair the ship. After Anakin sustained a cut on his arm before the race, Qui-Gon Jinn took Anakin’s blood, which indicated that the boy had an extremely high midichlorian count, giving him enormous power over The Force. This, combined with the circumstances of Anakin’s birth led to Qui-Gon asserting that Anakin was the fabled “Chosen One” to bring balance to the force.

Anakin went on to win the race and his freedom but had to leave his mother behind. This would be a pivotal moment in Anakin’s life. But Anakin chose to leave under the assurance that he would become a Jedi under Qui-Gon. When Anakin was brought back to Coruscant to stand before the Jedi Council, the council told Qui-Gon that Anakin was too old to be taken as an apprentice, as he was already nine years old. Qui-Gon objected, but the matter was tabled due to the ongoing crisis on Naboo.

Anakin accompanied the group’s travel to address the invasion of Naboo by the Trade Federation. When the group split up to defend Naboo, Anakin was instructed to hide in the cockpit of a starfighter in the hanger of the Naboo royal palace. Anakin, however, accidentally activated the starfighter, launching him into the battle taking place above the planet. Anakin, using his natural piloting ability, was able to single-handedly take down the droid control ship, deactivating all of the Trade Federation’s droids on the ground and saving the day. However, during the battle, Qui-Gon Jin was killed. Obi-Wan, Qui-Gon’s apprentice, agreed to fulfil his master’s dying wish to train Anakin himself. Anakin and Obi-Wan then parted ways with Padmé and Jar Jar.

Obi-Wan kept his word and trained Anakin, going on various adventures with the padawan along the way. 10 years into his training, Anakin was called to defend Padmé  Amidala, who had become a senator for Naboo, from assassination attempts. He was dispatched to live with the senator on Naboo to ensure her safety, during which Anakin and Amidala fell in love, a violation of the Jedi code. During his stay with Padmé, however, Anakin had dreams of his mother in trouble, prompting him to return to Tattooine. On Tatooine, Anakin learned that Shmi had been freed from slavery by a man named Cliegg Lars, who then married Shmi. Anakin learned from Cliegg that Shmi had been kidnapped by Tusken Raiders. Anakin set off to find his mother only to find her in her final moments. In a fit of rage, Anakin then murdered the entire village of Tusken Raiders; women and children included. Obviously, this was not the Jedi way. Anakin had gone from being an innocent slave boy to a murderer.