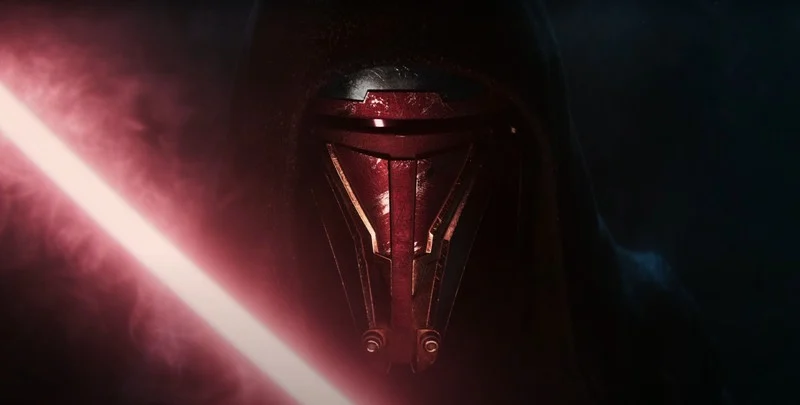 Yes, Knights of the Old Republic is officially being REMADE. The announcement was made recently at Playstation Showcase. The new trailer shows a dark figure emerging from the shadows, with an ominous narrator giving a monologue. The figure emerges and is shown to be none other than the infamous Darth Revan.

For those not in the loop, the original Knights of the Old Republic is one of the most acclaimed pieces of Star Wars media to date. The game puts the player in the shoes of a mysterious individual in the midst of a galactic war; one that takes place 4,000 years before the original trilogy. The game is notable for its amazing fleshing out of existing Star Wars concepts, stellar gameplay, and the ability to take actions that drive the main character towards either the Light Side or the Dark Side.

It is important to note that the new game is a remake, not a remaster. It has already been confirmed that the game is not simply being ported; it is receiving updates to technology and features as well as visuals. The remake is a Playstation 5 exclusive at launch, but we can expect fans on other platforms to get the game sometime after.

Probably most importantly for fans, this new take on KOTR may very well recanonize much of the material from the original game. Because the original KOTR was released 20 years ago, it was purged in the Disney retcon before the Sequel Trilogy was released. With the retcon, all Star Wars content other than the films and The Clone Wars series up to that point considered no longer a part of the Star Wars continuity. This meant that all comics, books, and in this case, video games, were no longer accepted as fact within the universe of Star Wars. For Disney, this meant a clean slate upon which to tell new Star Wars stories. But for fans, it meant that many beloved pieces of media, such as KOTR, were treated as if they never existed.

Since the Disney retcon, there have been some changes made to the background of the Jedi and Sith. This means that as it stands now, the original KOTR conflicts with the Disney-established Star Wars continuity. But because this new game is a remake, there are allowed to be differences in the story from the original. This means that the game developers are able to make tweaks here and there in order to make sure that the story does not conflict with the current canon, while still keeping the story and characters mostly the same. The Star Wars community, including myself, is eagerly awaiting the release of the new Knights of the Old Republic. The game, and its sequels, were the first foray into Star Wars for many fans. The characters were amazing and well-designed.

It would be an understatement to say that this remake has a lot to live up to. If the remake performs well, we could possibly even see remakes of the game’s sequels. The potential with this remake is virtually endless. When I heard that one of my favourite pieces of Star Wars was being remade, I was both caught off guard and excited. So to quote a famous Republic senator, this remake is “A surprise, to be sure, but a welcome one.”